You can learn more about David Pearson by clicking here. The two books he has written are:

Upon a Peak in Darien

Upon a Peak in Darien is a coming-of-age tale set in a small Vermont resort town during the summer of 1956. The book follows the path of 18 year-old Baker Murray as he navigates a minefield of often hysterical situations involving a German baroness, two gay antique dealers and a set of twin sisters, each of whom Baker pursues separately…with disastrous results. The story paints a vivid, Rockwellian picture of life in a small, post-war American town and many readers will identify with the comic missteps and adventures of a young man searching for romance, friendship and the meaning of life. 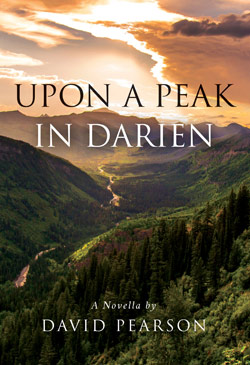 JFK and BOBBY, ARNIE and JACK...and David! opens with the riveting story of David Pearson's experience in the White House the night of November 22, 1963, as he was asked to help in the preparations for President John F. Kennedy's funeral. Pearson's role was to handle the press that fateful night, and he became a witness to history.

The book has two parts: it describes Pearson's early life in Miami, and then tells the story of his unusual PR career. This includes his experiences in the Kennedy and Johnson Administrations, as well as a series of interesting vignettes of his dealings with a number of sports celebrities, mainly in the game of golf. To name a few: Joe DiMaggio, Ted Williams, Arnold Palmer, Jack Nicklaus, Chi Chi Rodriguez, Pete Dye, and Robert Trent Jones. 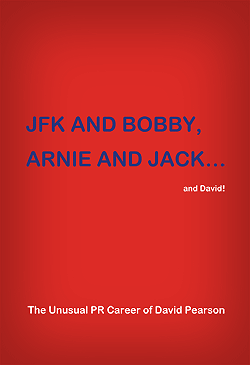